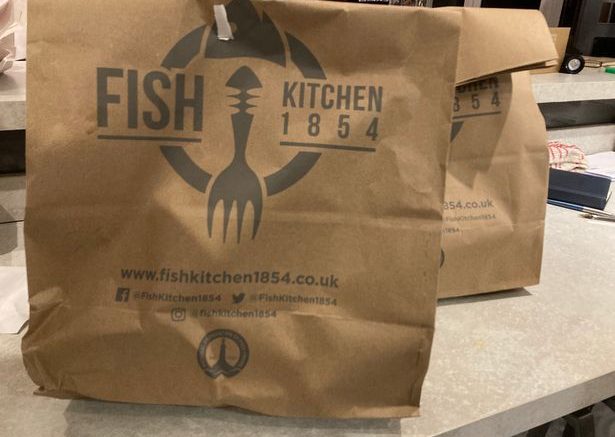 Two Welsh chip shops just a short drive from each other have found themselves listed among the Top 20 best fish and chip shop takeaways in the UK. They are now hoping to be included in a shortlist of 10 before The National Fish & Chip Awards in 2023 – but which one really is the best? Our two fabulous fryers are Fish Kitchen 1854 and Ship Deck, which are a mere 15 minutes drive away from each other in the Caerphilly borough.

Maesycwmmer’s Fish Kitchen 1854, found a stone’s throw away from the famous local viaduct from which it gets its name, is run by Lee Humphreys and wife Samatha. Lee is a headteacher by day at Barry’s Pencoedtre High and serves up fish suppers two nights a week. The shop has already been placed in Fry Magazine’s Top 50 takeaways, and Lee told WalesOnline back in April, that the shop is “more than a bog-standard chippy”. During the Six Nations, specials included frogs legs when France played and ‘Scotland in a box’ with Scottish mackerel. Read more about Lee, here.

Over in Trethomas, Ship Deck opened in 2019 and is run by Ryan – who’s been in the industry since he was 15 – and Kimberley Hughes, who also run valleys delivery service, RCT Eats.

Wales has got some cracking chippies so are these two really punching above the rest – and which one comes out on top? We decided to put them to the test to see which chippy sated our Thursday evening teatime hunger pangs. To keep it fair we ordered straight-up cod and chips with a pot of – my favourite – Irish curry sauce. My friends also ordered a few extra bits and bobs, like jumbo sausages and a fruity curry, as well as Fish Kitchen 1854’s new Christmas in a box (turkey, cranberry, pigs in blankets in gravy over chips) – but we’ll stick to the main staples for our comparison.

The Maesycwmmer takeaway was busy on the Thursday evening we went, with people awaiting their orders, which come packaged in a very slick-looking brown paper bag stapled shut. But despite the small queue we were served quickly and efficiently by the polite team who were busily processing orders.

I ordered a regular chips (£2.80), a regular cod (£6.45) and the curry sauce was £1.80 for a standard pot. We were in the shop for about 10 minutes in total between ordering and collecting, so not a bad wait at all considering how many people were waiting for their fish suppers.

I was also asked if I wanted a lemon wedge added, which I appreciated because sometimes I do and sometimes I don’t – this time I did and it tasted great on the chunky, lightly-battered fish.

The portions were decent with the regular chips (they do small, regular, large) comfortably enough to share between two if you both had fish and sauce. The fish here was slightly smaller in length but it was still chunky. And the Irish curry sauce was deliciously thick, unctuous and had a lovely kick – I bloody love curry sauce.

The chips here were my favourite. By the time we got them home they weren’t squishy and soggy, but neither were they dry – the two extremes you can oft get with chip shops – they were chunky, had a lovely golden hue and great flavour. A really good chippy chip.

Over in Trethomas, you’ll find the cute Ship Deck which has a great, seaside shack appearance in the heart of the valleys, love it. The team at the shop are friendly and welcoming and wasted no time in taking our order and getting it prepared.

Here we had the same fish, chips and curry sauce – going rogue with an added pot of standard fruity chip shop curry as well as Irish curry. The large chips here were £2.95, and the fish, cod again, was regular size and at £.6.35 slightly cheaper than Fish Kitchen. The sauces were £1.25. Prices were slightly cheaper and the portions – the fish at least – were slightly bigger.

Here, the fish was brilliant. Chunky cod, flaked to perfection, the batter was immense, light and crisp and, not unlike Fish Kitchen’s chips, survived the journey home like a champ. A really excellently cooked bit of fish shop cod.

The chips themselves were a big talking point with my friends and I. For them, they liked the slightly lighter coloured, slightly more soggy chip – lots of people have that preference, and I’m not saying that, had I not liked the other bag more on the night, I’d even realise they’d be runner-up in the chip stakes. I just really liked the golden chips from Maesycwmmer more. Ship Deck’s chips still tasted good, though and we had a generous portion of them.

As for the curry sauces, I couldn’t get enough of their fruity chip shop curry, best I’ve tasted in a long time and took me right back to weekend lunchtimes in the 1990s when we’d have chip shop food for dinner every Saturday listening to comedy on Radio 4. It was packed with a sweet and spicy flavour and perfect consistency. Very good.

Okay. Some people may call me a massive cop out here, but both places were fantastic and thoroughly deserve to go through to the Top 10 of The National Fish & Chip Awards and hopefully get to the ceremony itself.

I liked the fish at Ship Deck the best and the chips and Irish curry at Fish Kitchen 1854 more. It was very hard to separate the two in all honesty and, as nearby neighbours, the people of Caerphilly borough are very lucky to have the choice of these two on their doorstep. In terms of value for money, which is very on point at the moment, Ship Deck has to pip it there as you do get more for your money.

The only rampantly unfair thing is, that these two brilliant chip shops are both in a small area of south Wales and the rest of the country can’t taste them on a regular basis.

Gordon Ramsay’s gin advert banned over claims about its ingredients