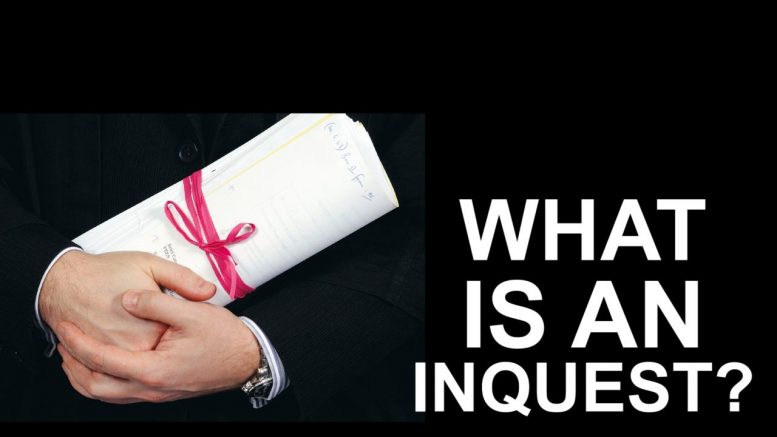 The death of a university graduate hit by a car in Fabian Way, Swansea, was totally unavoidable, an inquest heard.

Rafal Lachcik wandered onto the carriageway near the Amazon roundabout on a winter’s morning while dressed in dark clothing.

Dash cam footage showed the 42-year-old appear to kneel or bend down with his arms outstretched as a car hurtled towards him at speed.

The shocked driver of the Mini Countryman which hit Lachcik said she was “nothing she could do”.

The tragic incident unfolded at 7.30am on January 16.

Fiona Campbell MacPherson was travelling at 64mph in the outside lane of the westbound carriageway, approaching the Ffordd Amazon roundabout, when she “saw something dark come out from the left hand side,” according to a statement read at the inquest hearing.

She added she “did not expect there to be a person” in the carriageway and remembers Mr Lachcik “bent down” before he looked towards her but there was “nothing she could do”.

Following the collision Mr Lachcik, of no fixed abode, was pronounced dead at the scene at around 8.30 am.

An investigation into the incident by South Wales Police found that there was no reason for a driver to expect to see a pedestrian crossing that section of Fabian Way as there are no footpaths on the verge near to the site of the collision.

What is an inquest?

A review of dash cam footage showed that the driver reacted 0.8 seconds after Mr Lachcik could be seen crossing in front of her and there was a “course correction” of the car to the left.

The vehicle was then straightened again before colliding with Mr Lachcik after 1.68 seconds at a speed of 57 miles per hour.

A police report said that in the best case scenario the car could not have been brought to a halt before hitting Mr Lachcik, It also said there was a vehicle in the inside lane, meaning the driver was unable to swerve to avoid him safely even if they had time to do so.

No mechanical faults were found and the vehicle was insured and had a valid MOT certificate.

In a tribute to Mr Lachcik following his death his family described him as a “restless soul” and a “kind and generous man”.

His family said: “Rafal – a dreamer, full of trust in people, curious about the world, friendly. He walked his life on his own ways and on his rules. A restless soul. Persistent.

“He was interested in science, loved to play chess, graduated from University of Swansea.

“If he loved, he loved with all his strength. He celebrated and enjoyed the simple things in life. He could combine many flavours.

“He was a very kind and generous man. He could give the last penny to another person because he believed that everything would be fine.

“He was handsome and had a beautiful smile. Rafal was like a magnet to attract bad people. Perhaps he lacked happiness in life.

“I am so sad that I will never hug you again and will never hear your laugh. We miss you a lot.”

Mr Lachcik, who was born in Poland, had a history of schizophrenia and paranoia which he disclosed to a probation officer following a previous conviction for criminal damage, for which he received an 8-week custodial sentence.

He stated that he had been sectioned twice in Poland because of his mental health struggles.

An assessment of his mental health was carried out at the request of the probation service in December, 2019, but there was found to be no evidence that he intended to end his life.

A conclusion of road traffic death was recorded as the cause of death at the inquest.

The new golden bridge which will span Swansea’s Oystermouth Road

Contemporary home with swimming pool in the garden

Across the hospital, 39 patients and 28 members of staff have now tested positive for coronavirus WalesOnline – Swansea …

It’s not quite yet the finished article, but it’s coming together WalesOnline – Swansea …

The 35-acre site will also feature facilities like a community hub, play areas, a gym and a fitness trail WalesOnline – Swansea …