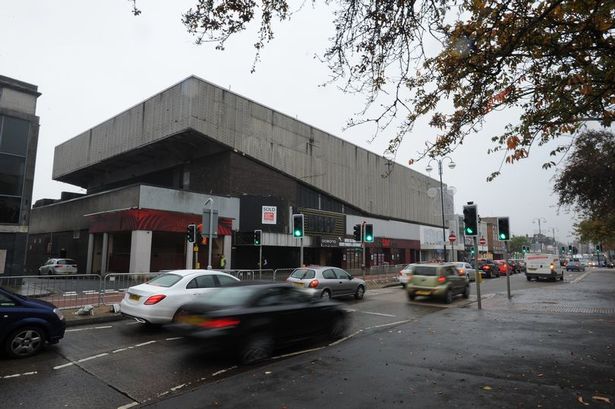 A dispute about a costly asbestos survey at the former Oceana nightclub in Swansea remains unresolved. Council leader Rob Stewart said there was little that could be disclosed at this stage.

The Labour leader was responding in writing to a question from three Liberal Democrat councillors, including opposition leader Cllr Chris Holley, who asked if a legal case for compensation had been completed and whether the council had received any money.

The dispute dates back years to a survey carried out on behalf of the council of the Oceana building in The Kingsway, before it was demolished.

When demolition work got underway after the survey, it emerged that there were significant quantities of asbestos in the council-owned building.

A council officer told councillors at a meeting in 2016 that the survey had only identified 10 per cent of the asbestos which was subsequently discovered.

The asbestos problem sent demolition costs soaring from £1.18 million, which was covered by the Welsh Government, to £4.11 million.

The Welsh Government later contributed a further £2.4 million to help the council recover most of its shortfall.

Cllr Stewart said in his response that the ongoing dispute between the authority and the surveyors remained confidential.

“The council is continuing to exchange correspondence with the solicitors representing the firm of surveyors who undertook the asbestos survey work on the former Oceana building and the dispute and potential litigation is ongoing,” he said.

Speaking at a council meeting on January 28, Cllr Holley said he appreciated that the leader couldn’t say anything publicly, but asked if he could be given “some information in regards of timescales”.

Cllr Stewart said he would reply in writing.

After the meeting, Cllr Holley said he would like to see a copy of the contract that the council and the surveyors had originally signed.

The area where Oceana once stood is being prepared for a new office building geared towards tech start-ups, which will link through to Oxford Street.

Meanwhile, new greenery, pavements and crossings have been introduced in The Kingsway, along with the reinstatement of two-way traffic.

Contemporary home with swimming pool in the garden