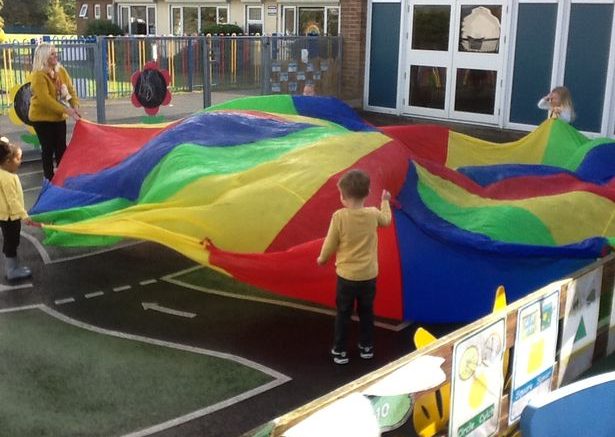 A number of cases of coronavirus have been reported in Welsh schools, and it’s no doubt left some parents worried.

Every week there seems to have been an announcement of a year group self-isolating in a comprehensive of primary schools, with some staff also affected.

But headteachers are keen to reassure pupils and families worried about going to school during the pandemic that they are open safely.

Rebecca Barker is headteacher of Trallwn Primary School, the first school in Swansea to report a confirmed case of Covid-19. She said procedures were followed and that they had not had a case since.

She acknowledged some children were very anxious coming to school, but said she and her staff were helping them feel safer.

Who is handling the coronavirus crisis better? Mark Drakeford or Boris Johnson:

“Some children have got high levels of anxiety about coming to school. Some of those are worried someone in their family will catch it and die,” she said.

“So we put in transition plans to help them come in. This includes the children being met by staff or coming in a bit later when it’s not so busy. That helps them feel safe.

“We are also working with education welfare officers who speak to families. Some parents have high levels of anxiety about sending their children in.”

Although the Welsh Government has suspended penalties for not sending children to school, Rebecca said attendance was still compulsory.

“We take a supportive approach to ease anxiety. We want to support them as best they can. Attendance is compulsory but there are no penalties for not attending.”

With Covid in the community the school, like many others, did have one isolated case. Rebecca said the safety process swung into action as soon as she was told a pupil had tested positive for coronavirus on Sunday, September 13.

A total of 54 pupils in the school’s year one and reception classes as well as eight staff were asked to self-isolate as a result.

The part of the school they used was thoroughly cleaned and the classrooms locked and only re-opened when they returned.

“We were the first Swansea school to have a confirmed case of coronavirus. Our procedures meant we could identify who that pupil had been with within minutes and we have had no other cases since.

“We were contacted on a Sunday to say a pupil had tested positive. Contact group details had to be made and letters were sent by Test, Track and Trace. We also got in contact with all other parents concerned to reassure them the case had not been in contact with their children. We also spoke to staff.

“We also needed to say which staff and pupils were in contact in the 48 hours prior to the pupil testing positive. It’s about being on top of timetables and staffing. It also means extra cleaning. The classroom where the pupil had been was cleaned and locked.”

To help keep worries at bay, she said it was important to explain clearly to children what was happening and why, but also not to brood on Covid-19 endlessly.

“Our children have to understand it, at an age appropriate level, to feel safe. The children are very good at adapting to new norms. It is amazing. It’s about being proportionate. Some people have become very poorly and some have died, but those are very few and we are working hard to keep people safe.

“We tell them that if we follow the rules and distance it will keep them safe and infection is unlikely. We try to keep things as normal as possible by carrying on the curriculum.”

This year it has been even more important than ever to keep an eye on mental health, and the school ran a variety of activities to mark World Mental Health Day.

“As a headteacher it’s so important to recognise how we can all support each other’s well-being, that of our pupils and our families, and of course our own. Part of our vision is to prepare the children for anything in life and it’s important to build resilience and tools to deal with emotions.

The tightrope faced by our leaders

Across the hospital, 39 patients and 28 members of staff have now tested positive for coronavirus WalesOnline – Swansea …

It’s not quite yet the finished article, but it’s coming together WalesOnline – Swansea …

The 35-acre site will also feature facilities like a community hub, play areas, a gym and a fitness trail WalesOnline – Swansea …